As governments and businesses come under more pressure to combat climate change, organisations are also increasingly expected to provide transparency on this topic to their stakeholders. 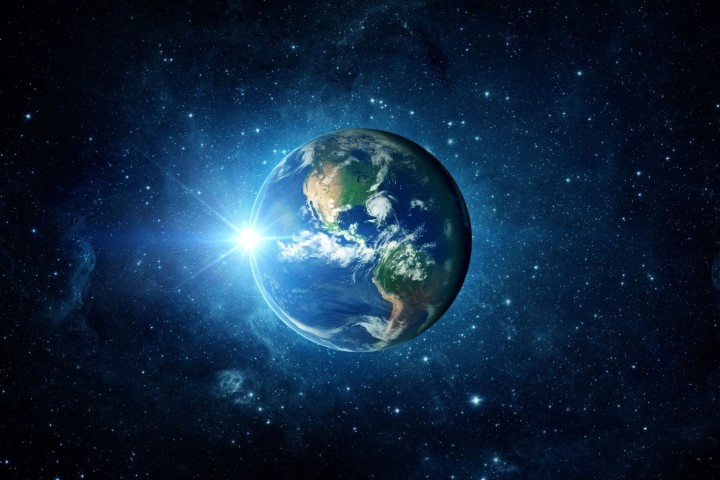 Beyond the COVID-19 crisis, the climate crisis continues to be the greatest challenge we face on a global scale.

The planet is now at its hottest in at least 12,000 years, according to research recently published in the science journal Nature, and there’s continued pressure on governments and businesses around the world to take significant steps in the fight against global warming.

Companies and charities, too, are coming under more scrutiny from trustees, stakeholders and the general public. Even if your organisation doesn’t explicitly work for environmental causes, you’ll be increasingly expected to provide transparency to those people, and reassurance that your activities aren’t contributing to climate change.

Over the past few years, new rules for climate change reporting have been brought in for large companies, including charitable ones. But as the public looks to all organisations – not just larger ones or those with environmental aims – to do the right thing for the planet, we can expect more changes and a greater emphasis on reporting to come.

What does the SORP say about climate change reporting?

The current version of the charities’ statement of recommended practice (SORP) doesn’t specifically require a climate change report as part of charities’ accounts, but it doesn’t exclude it either.

As the document puts it:

“Legal requirements and the requirements of this SORP do not limit the inclusion of other information within the report or the provision of additional information accompanying the accounts.

“A charity may include other relevant material in the report, for example a chairman’s report, an environmental report, or an impact assessment.”

So unless your charity is also a company (more on that below) there’s usually no legal requirement to submit a report on your environmental impact.

Larger charities, however, may need to provide information on environmental factors as part of their financial review. The SORP requires any larger charity that holds material financial investments to explain ”the extent (if any) to which it takes social, environmental or ethical considerations into account in its investment policy”.

What does the Companies Act say about climate change reporting?

Companies are required to comply with the Companies Act (2006), in addition to the usual legal obligations for organisation.

This legislation includes a couple of sections that may relate to climate change reporting, depending on the size of your organisation.

Firstly, medium and large-sized companies are required to create a strategic report that outlines the principal risks or uncertainties they face. Small companies, as defined by the small companies regime, are exempt from this requirement.

If you consider climate change to be a principal risk or uncertainty for your organisation, you should disclose it as part of this report.

Secondly, section 172 of the Companies Act sets out directors’ duty to promote the success of the company, and part of this is “the impact of the company’s operations on the community and the environment”.

Large companies are required to submit a statement in their strategic report that sets out how they have followed the matters in section 172.

These rules require them to disclose their energy and carbon emissions in their combined directors’ and trustees’ annual report. They’ll need to disclose:

For charitable companies, the SORP-making body has published an information sheet that explains in more detail how these rules apply to the trustees’ annual report.

There’s no legally prescribed standard for the information any voluntary emissions disclosures should include, or how they should be reported, but it’s a good idea to follow a widely-recognised framework so your report is clear and credible for any stakeholders.

The most widely used standard for greenhouse gas reporting by companies and organisations is provided by the GHG Protocol. This was developed by the World

Resources Institute and World Business Council for Sustainable Development, and sets out an accounting and reporting framework that’s recognised around the world.

You can find guidance on voluntary greenhouse gas reporting based on this protocol as part of a larger set of environmental guidelines published by the Government in 2019.

The level of detail you’re able to go into will depend on the resources your organisation has for collecting and processing environmental data, but as this guidance sets out, a common approach is to identify and categorise any activities you do that release greenhouse gas emissions into three groups, also known as ‘scopes’:

Having categorised your activities, your next step will be to calculate your greenhouse gas emissions. Most organisations can do this by recording data on the activity, such as the distance travelled in a car or the electricity used to run an office, and multiplying that figure by a conversion factor.

The Government provides a list of conversion factors for greenhouse gas emissions, which is updated every year.

Finally, it’s a good idea to provide some context to the figures you provide by outlining your climate change strategy, as well as explaining the risks and opportunities that climate change might pose to your organisation, and how you plan to address them.

However big or small your organisation is, effective climate change reporting all starts with data. The more information you have, the better you can understand your environmental impact now and how you might be able to progress over time.

That’s why we at Ashlynwood believe digital transformation is key for any organisation. Not only can the right technology introduce efficiencies to their day-to-day operations, but it can also help them to collect, store and process data, and make a measurable impact on the world.

ESG is about more than required disclosures

Road to COP26 – what are the sustainable business opportunities?